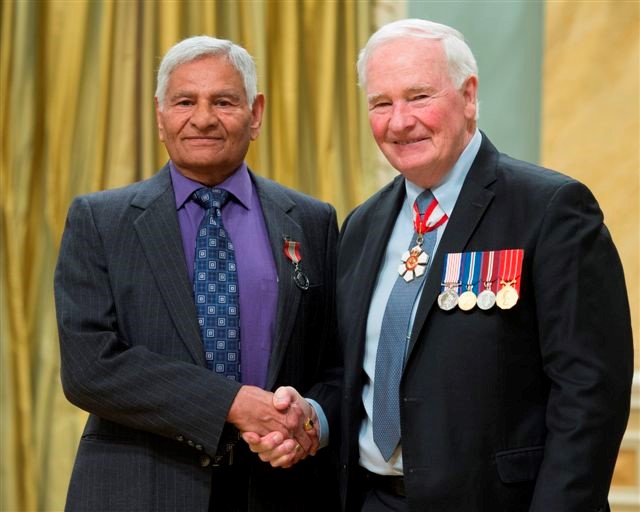 The Sovereign’s Medal for Volunteers recognizes the exceptional volunteer achievements of Canadians from across the country in a wide range of fields. Wentworth Manor volunteer Avinash Patel was presented with the prestigious national medal by Governor General David Johnston at a ceremony in Rideau Hall, Ottawa, in April.

For over four decades, Avinash has been involved with the Gujarati Mandal of Calgary and he is noted for organizing seniors’  activities that enhance  their quality of life. Avinash is also an active volunteer for The Brenda Strafford Foundation, running Bingo and leading days trips and other activities over the past eight years.

Avinash has double the  reason to celebrate, as he  also turned 80 years old in April. Congratulations and happy birthday, Avinash! Thank you for your outstanding contributions to The Brenda Strafford Foundation and seniors in the community.