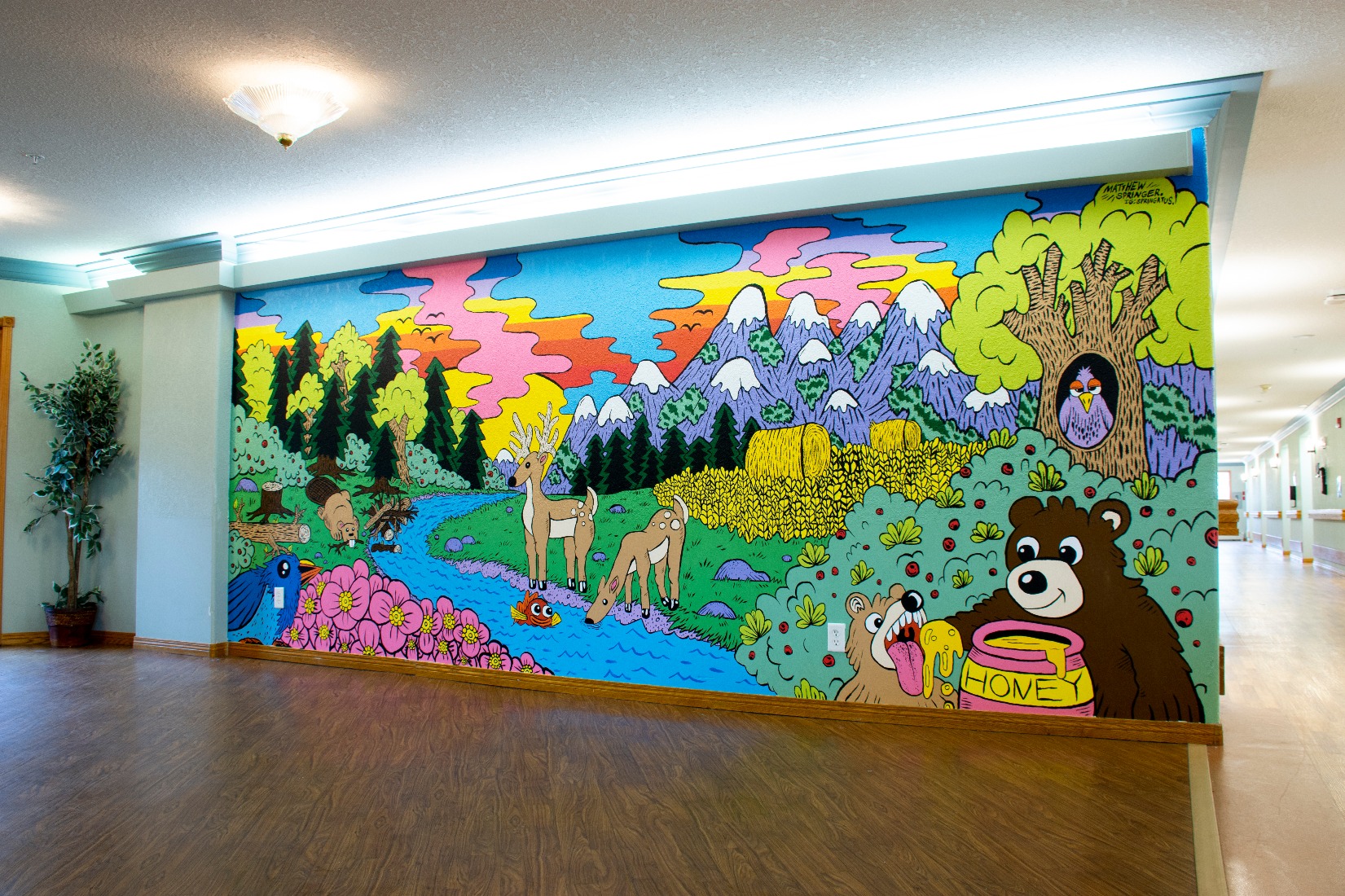 Wentworth Manor's vibrant, woodlands-inspired mural was made possible thanks to funding support from the Calgary Foundation’s Neighbourhood Grants Program.

Creating homey spaces is important for people living in hospitals and long-term care facilities. Too often, common spaces tend to be clinical looking, generic and impersonal. For many, especially those living with dementia in secured units, these areas become the neighbourhoods where they can engage in camaraderie and enjoy a sense of place.

The Brenda Strafford Foundation brought placemaking techniques into their dementia care neighbourhoods to see if residents would reap the rewards of feeling more connected to a place by playing a key role in its design. Thinking of the therapeutic value and joy of art, they began a participatory mural project for lounges in two of their Manors.

The project connected local artists with residents and their families, as well as sta and the wider community members to discuss potential ideas. The artists then developed concepts, invited feedback, and led communal painting exercises that have already resulted in three large-scale murals. The first mural is a playful nature scene featuring mountains and wildlife – a familiar landscape for Calgarians.

Cathering Laing, manager of fund development at The Brenda Strafford Foundation, said that the time shared with artists and community members as the murals were being planned and painted had a positive impact on many residents.

“These murals are in spaces where people gather, and they have conversations about the art without it feeling forced.” ~ Catherine Laing, Manager of Fund Development

In August, Wentworth Manor residents and families celebrated the completion of the new woodlands-inspired mural with special furry guests from Butterfield Acre.